The Midnight Sun in Iceland

Iceland faces extreme changes in daylight throughout the year. The Iceland Midnight Sun, also known as ‘polar day’, is a natural phenomenon that occurs during the summer months when the sun remains visible 24 hours a day, meaning the sun never fully sets.

This dramatically affects Iceland’s July daylight hours, which can be a surreal experience and one not to be missed. Read on to learn more about the Midnight Sun and daylight hours in Iceland.

Why does the Midnight Sun in Iceland occur?

It occurs in locations north and south of the Arctic Circle. Reykjavik, in Iceland, is the northernmost capital on earth, therefore it experiences both the shortest (Winter Solstice) and longest (Summer Solstice) hours of daylight with the change of seasons.

When does the Midnight Sun occur in Iceland?

The Sumarsólstöður (Summer Solstice) is the highest peak of the daylight period, where the sun is up for about 24 hours. However, from May the nights start to get bright in Iceland. This peak is reached around 20-22nd of June. During the month of June, you are unlikely to really experience any darkness, even though direct daylight is only measured for 21 hours. The sun never completely sets and rises again before the light has left. The annual Sumarsólstöður typically takes place on the 21st of June but can vary by 1 or 2 days. In 2022 and 2023, this date is predicted to fall exactly on the 21st.

Where Can I See The Midnight Sun?

You can actually find the Midnight Sun in Iceland across the country during the peak months, however, there are some attractions that we definitely would recommend a visit to during this time. These include:

Seljalandsfoss Waterfall - Sitting in Southern Iceland, this waterfall is just a 1-hour 45-minute drive from Reykjavik. The spot is very popular with visitors and looks beautiful with the warm glowing Midnight Sun as a backdrop.

Grótta Lighthouse - Grótta Lighthouse is just a few minutes from the city centre of Reykjavik, and is the perfect place to gaze at the Midnight Sun. Here you will enjoy spectacular views of the mountains, glaciers and city skyline all in one visit.

Glymur Waterfall - At the peak of Glymur you can witness the water tumbling down against the Midnight Sun twilight. This will require a hike to access, but the photos you will capture will be worth the effort.

What are Iceland’s Daylight Hours?

Iceland’s and Reykjavik’s daylight hours change throughout the year, and the differences are quite extreme. During the Midnight Sun, the sun sets around midnight in Reykjavik and rises again at just after 3 am. However, between the setting and rising of the sun, the sky never goes totally dark and you can still see perfectly well. It’s almost like an extended period of dusk. Throughout the rest of the summer, Reykjavik’s daylight hours are about 21 hours, where the sun almost doesn’t set between the end of May and the end of July.

What’s The Opposite of the Midnight Sun in Iceland?

You might also be wondering if Iceland has 24 hours of darkness during the Winter solstice. Throughout other parts of the year, Reykjavik’s daylight hours are far less than 24 hours, with the country experiencing extended darkness and very little sunshine. Throughout the winter, Iceland’s sunrise is around 11 am, and the sun sets at around 3 pm, meaning that many Icelanders working typical 9-5 jobs don’t get to see the sun at all! 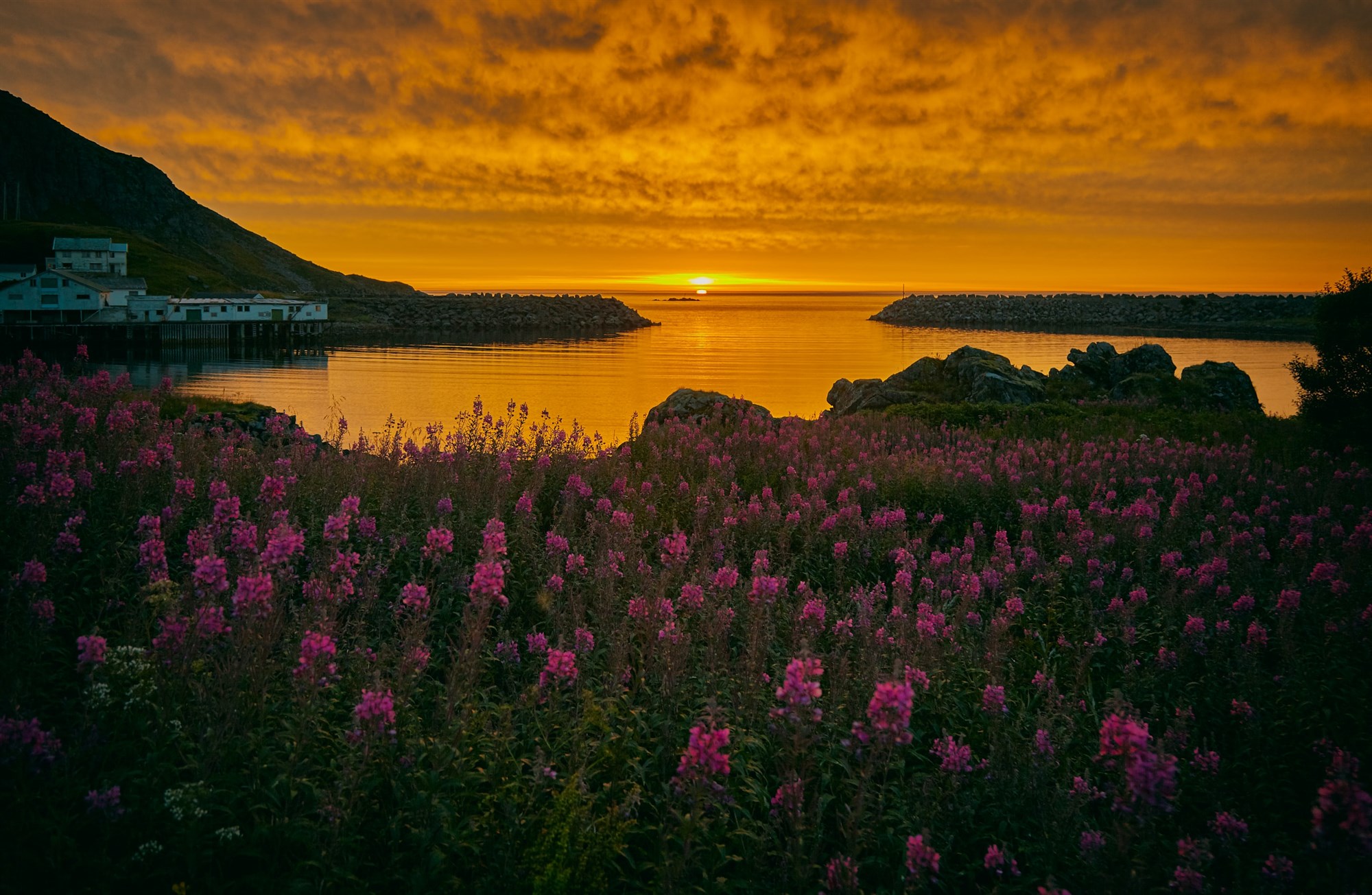 How do you sleep during the Midnight Sun?

During the midnight sun period in Iceland, and summer in general, in Iceland there is a lot of light exposure, which might make it hard for some to sleep. If your body isn’t equipped for all-nighters, you have light-sensitive eyes or daylight disturbs your sleep, then thick curtains and eye masks may be a good solution for you.

Many Icelanders also try to sleep slightly earlier than usual, as the brighter light can trick your brain into staying awake. Getting into bed at least 30 minutes before you wish to sleep will help to adjust your body clock and to help you wind down.

Icelandic Traditions around the Midnight Sun

There are a number of events, activities and traditions surrounding the summer solstice, such as Jónsmessa and the Secret Solstice Festival.

The Icelandic holiday Jónsmessa (Midsummer Night), is celebrated on the 24th of June. It is shaped by both pagan and Catholic beliefs. According to local folklore, it is believed that luck can be procured by rolling around on dew-covered grass in the nude!

The Secret Solstice Festival after its inception in 2014 has boomed in popularity and is considered a major annual event in the Icelandic music scene. The festival takes place in the capital city of Reykjavík and is free for children under 13. There are a number of accommodation options available near the festival site, from hotels to hostels to glamping tents.

Things to do during the Midnight Sun period in Iceland

If you are stuck for Iceland midnight sun activity ideas, see below for a helpful starting point.

The Midnight sun Iceland must often be seen to be believed. This short time-lapse film was shot during the Icelandic Midnight Sun in June of 2011.

Why not experience Iceland’s Midnight Sun for yourself? Nothing says magical like watching the sun setting at a time when you’re used to complete darkness. Take a look at our wide range of rental cars available to rent in Iceland, so that you can get a glimpse of this natural phenomenon.