Guide to Whale Watching in Iceland

Whale Watching in Iceland is a once-in-a-lifetime experience. Whale Watching is an activity that is high on many people’s list when they visit Iceland, as there aren’t many places around the world where you can see whales in their natural habitat. But it can be confusing knowing exactly where and when you can spot whales in Iceland, which is why we have created the ultimate guide.

When is the best time of year for Whale Watching in Iceland?

Iceland whale watching tours are run throughout the year around the country’s whale hotspots. But when you go can hugely affect the experience you have. The best whale watching Iceland has to offer can depend massively on your personal preferences.

Taking an Icelandic whale watching trip in summer means that you will likely have better weather for your journey. Your tour is less likely to be cancelled, skies will be clearer, and temperatures will be higher. More importantly, the chances of seeing whales breaking the surface of the water is much higher, as the sea should be calmer. In addition, there are more species of whale that you are likely to see there; humpback and minke whales are most common, while you might also catch a glimpse of glue whales, sei, and fin whales if you’re lucky. 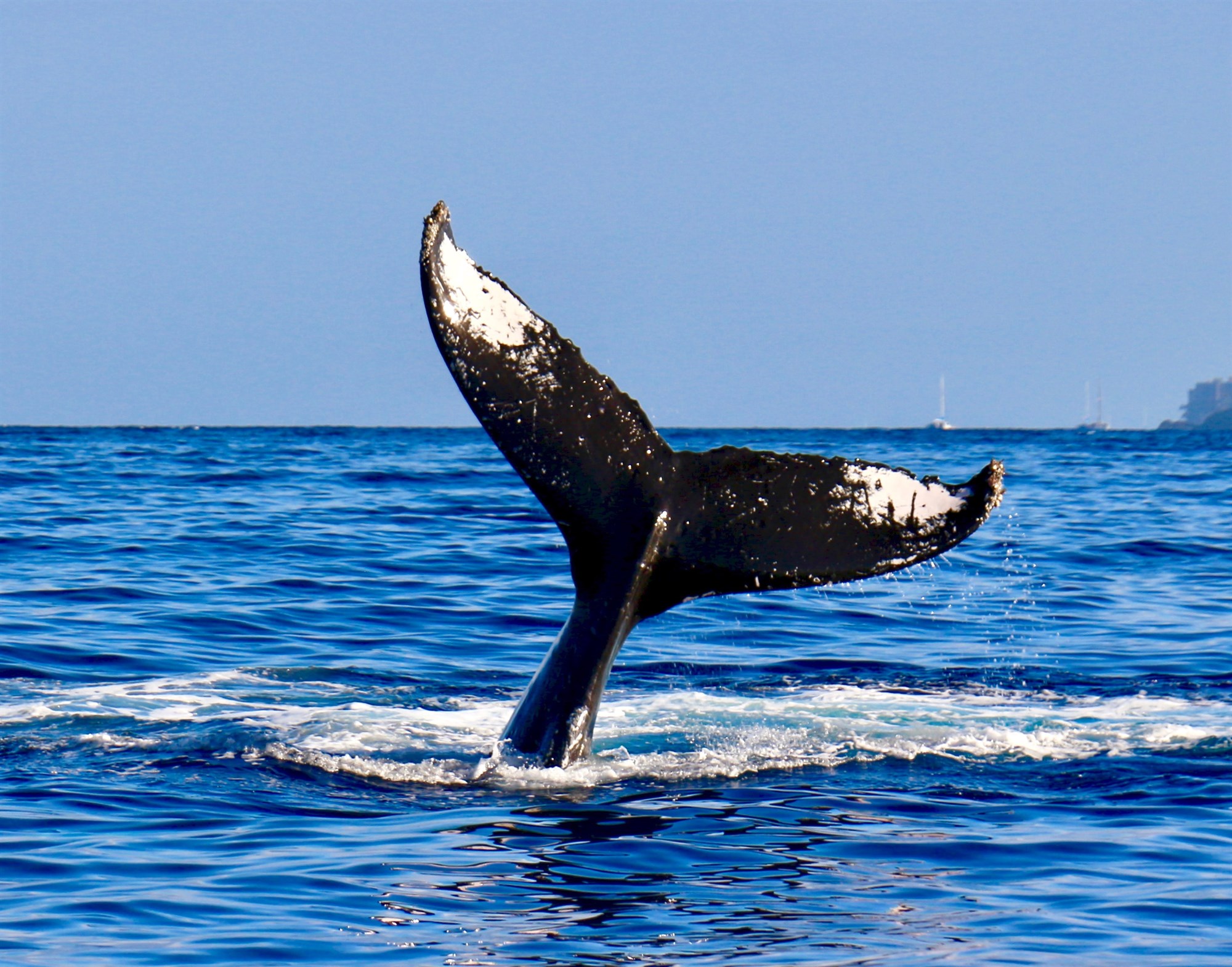 While the advantages to taking a summer tour attract the majority of tourists, whale watching tours in Winter have their own advantages. The biggest is the lack of tourists - the colder temperatures and choppier waves will put many people off, so if there are sightings, you are likely to have plenty of space on the viewing deck to see them. Certain areas of the island, herring wintering grounds like Breiðafjörður Fjord, will attract predators more often in Winter than in Summer. That means your chances of seeing an orca, humpback whale, or other herring predators are higher here than in the Summer months. To the north of Iceland, you also increase your chances of seeing a beluga whale in Winter on the off chance that they stray from the Arctic waters. Winter also offers more dramatic views, with snowy mountains and even the northern lights making appearances.

To discover more about the different seasons in Iceland, our season and climate blogs have everything you need to decide when to book your trip of a lifetime.

What species of whale are most commonly seen in Iceland?

There are over 20 different species of whales in Iceland, with some more commonly spotted by whale watchers than others. If you are searching the seas from harbours or on whale watching tours, you are most likely to spot a glimpse of humpback whales, minke whales, or harbour porpoises. White beaked dolphins can sometimes also be spotted from harbours and boats. Most species of whale are oceanic, meaning they avoid shallower waters and coastal areas. Whale watching boats only sometimes spot these species, such as the blue whale, bottlenose, and killer whales (or orcas). Fin whales and Sei whales are rarer still so you will need to have luck on your side to catch a glimpse of these.

Where is the best whale watching in Iceland?

The top 5 places for whale watching in Iceland are Husavik, Akureyri, Reykjavik, Snaefellsnes Peninsula and the Westfjords. These areas of Iceland are the most likely places you will spot different species of whale and orcas, with time of year affecting which is best in each season. Take a look at the 5 best whale watching Iceland locations in more detail below. 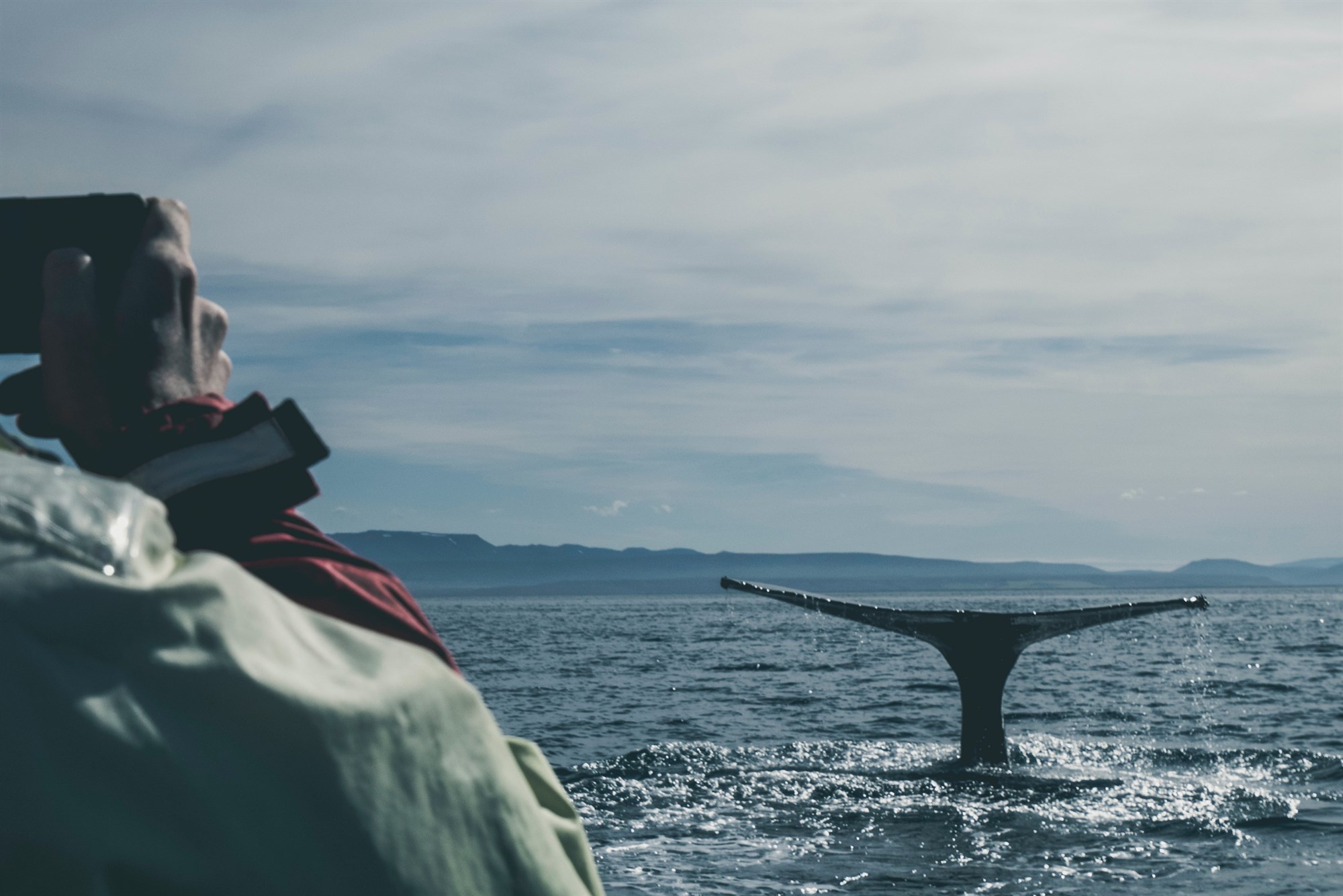 This fishing town in the north-east of Iceland is often considered to be one of the best whale watching locations in the world. It is regularly seen as Europe’s whale watching capital due to the regularity of spotting whales in the region. Humpback whales are the most common species in the region but you can also find others here, too. Melting snow and rivers rich in nutrients flow into the sea with long-lasting summers leading to large amounts of plankton, which is the main source of food for whales. The region even has the added bonus of the Whale Museum in the centre of town, so why not pay a visit here after heading out on your whale watching tour? There are ticket offices and booths on the main street and tours depart from the harbour regularly.

Another popular region for the best whale watching Iceland has to offer is the town of Akureyri, which is the largest town outside of the capital and has plenty to see and do. Located in northern Iceland, close to Husavik, this destination is popular for whale watching as there is a greater choice of tours with some more family-friendly options. There is also a great chance of spotting whales on these tours, as many operate in the longest fjord, Eyjafjörður, with low wind and calm waters. The surrounding mountainous region shelters this area somewhat so the boat trip is also usually quite stable if you often suffer from motion or sea sickness. You can also spot dolphins in these calmer waters and there is more to do in Akureyri once you have finished the tour.

It is more than likely that you will be staying in Reykjavik if you are visiting Iceland, as the capital offers the best choice for hotels, restaurants, bars and even sights. So it would make sense that you would look for whale watching tours leaving from the capital. But is this a good place to spot whales? Well, it might surprise you but Iceland whale watching in Reykjavik is one of the best in the country. The shallow nutrient-rich waters of neighbouring bay Faxaflói make it common to spot minke whales, dolphins and porpoises. You can also spot humpback whales here too and the convenience of its proximity to Reykjavik makes it one of the most popular destinations for tourists. 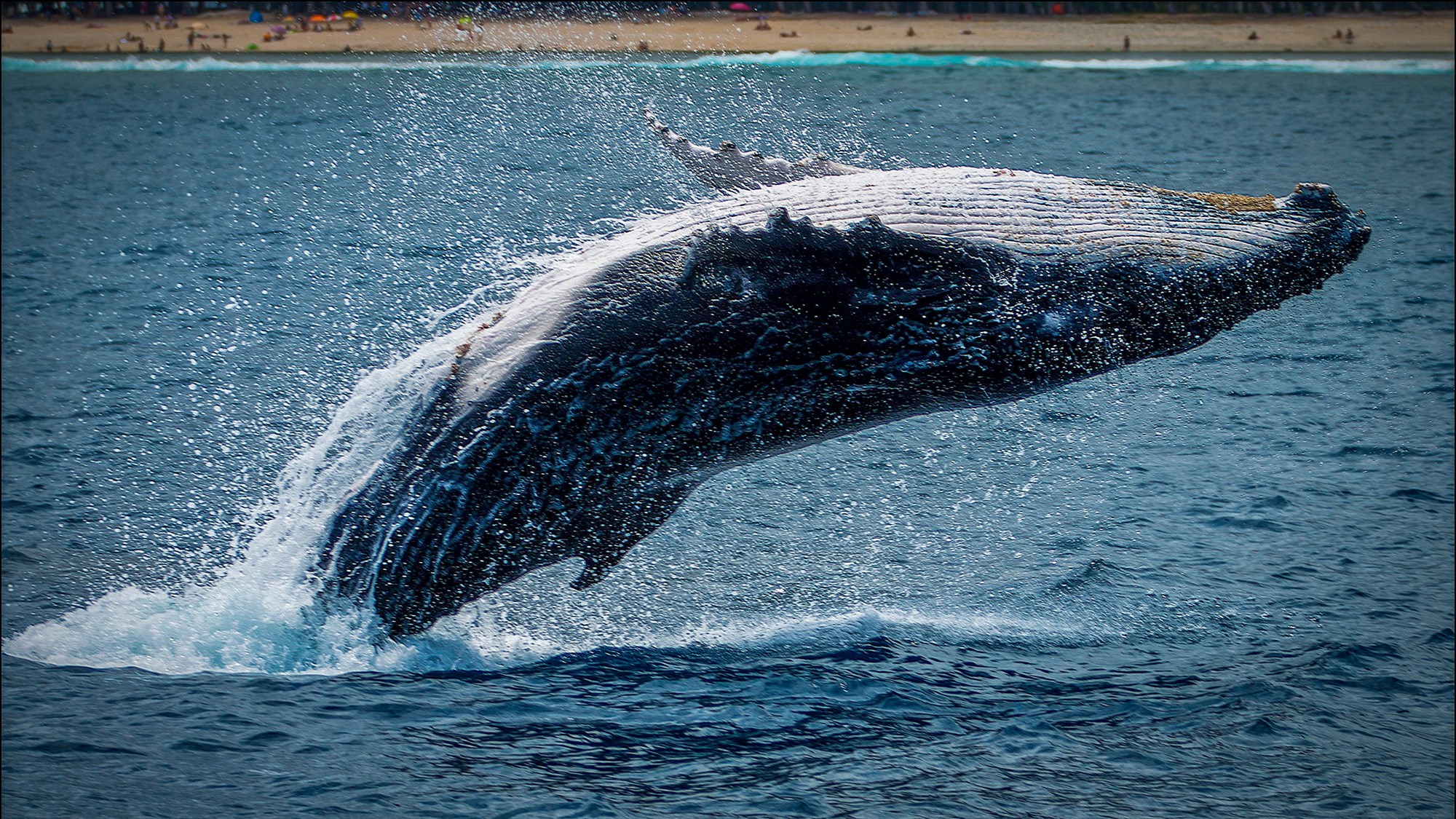 This region is famed for its spectacular natural beauty but it is also a great place for whale watching in Iceland. It is actually the best whale watching Iceland offers for seeing orcas and killer whales as there is a much larger population of sea creatures in this area. This is because their food source is largely found in the region and you can spot them all year round. Winter and spring do offer the best chance to see orcas though. You can spot many more whale species in the summer but you also have the best chance of seeing sperm whales here too. The tour takes place from the local town Grundarfjörður and winter tours take place in traditional oak boats.

One of the best-kept secrets of Iceland are the Westfjords which are fairly remote and generally don’t see as many tourists. If you are driving in Iceland then this is a place you must visit, as you can not only go on whale watching tours here, but you can also spot puffins, natural geothermal pools and much more natural beauty in the region. Tours run from Hólmavík and the water is very calm so the boat doesn’t need to journey far from the village before you spot whales. This is a great place to go if you are looking for natural and unspoilt views of Iceland but is tricky to get to unless you are driving.

If you are thinking about car rental in Iceland, then take a look at our hire cars with a wide range of vehicles available. You might also want to consider renting a 4x4 if you are travelling to the Westfjords or more remote regions of the country, as some roads can be difficult to navigate.