How to Avoid Speeding Tickets in Iceland

Hiring a car is a great way to travel around Iceland independently; it gives you the freedom to explore on your own terms. However, rules and regulations may vary from one country to another, so it is important to know the rules so you can be safe and avoid fines when driving in Iceland.

There are a lot of rules on the road, most of them are obvious; such as, in Iceland you drive on the right, overtake on the left, seat belts are mandatory for drivers and all passengers, headlights are also mandatory, don’t drink and drive and don’t go over the speed limit. All of these rules are in place for the safety of citizens and tourists.

Speeding is a common offence that people visiting Iceland get fined for, and the fines are costly. This article will prove helpful if you want to avoid getting speeding tickets on your visit to Iceland.

What are the speed limits in Iceland?

Speed limits in Iceland vary according to the type of road you are on, so it is important you check signs when driving and keep within speed limits. As a general guide, the limits are 50km/h in urban areas and 30km/h on residential roads. In rural areas, gravel roads are 80km/h and paved roads 90km/h. Extra caution should be taken on gravel roads as the uneven, loose surface can mean your tires have less traction.

The location of speed cameras in Iceland vary, as they may often be mounted in a parked patrol vehicle on the side of the road. Many fixed speed cameras are located in the south of the island and other areas where there is a smaller police presence. 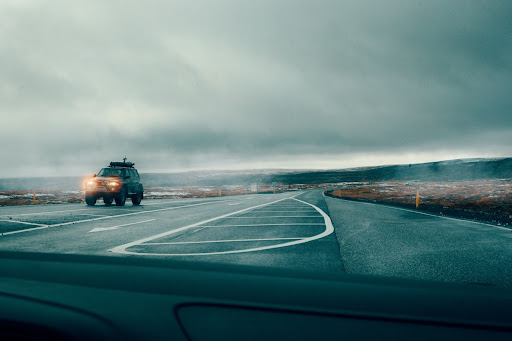 What do you do if you get a speeding ticket in Iceland?

There are two main ways you get a speeding ticket; you either get pulled over on the road and given a ticket, or you get a ticket delivered to you by mail. In both instances, your options are limited - see below.

- pay immediately and receive a discount

- pay (paying within a given time limit grants a discount)

It is important to note that the automatic speed surveillance cameras are not always correct; therefore, it would be wise to ask for proof before you pay your ticket. You shouldn’t have to pay your fine if they do not have any substantial, visible proof.

How can I contest a fine?

If you are unable to avoid getting a fine, then it may be possible for you to dispute it. Although it is unlikely, errors can occur, so if you get fined, remember to check all the details before paying.

Below are common legal defences for speeding fines:

How long will a speeding fine take to arrive?

If you are pulled over, you could be issued with a ticket immediately but if you are caught on a speed camera then the fine will come in the mail - this could take a number of weeks. There have been few incidents in the past where people have hired rental cars, travelled, returned home, and then weeks later received a letter to their home address with a request to pay fines in Iceland. Even if you aren’t told you have a fine when you return your rental car, it does not mean you are in the clear.

How much do speeding fines cost?

The cost of a speeding ticket in Iceland varies according to many factors; such as the speed you are driving. As a general guide the fine is usually between $195- $460 USD, however, if you are driving very fast, such as 41+km/h above the legal top speed (in 80-90km zones), then you may get fined $615-$690.

The best way to avoid getting a speeding ticket in Iceland is always to drive safely and according to driving laws and posted signs along your route. If you are unsure then you should always stick to a slower speed.