Watching Wildlife in Iceland in Autumn 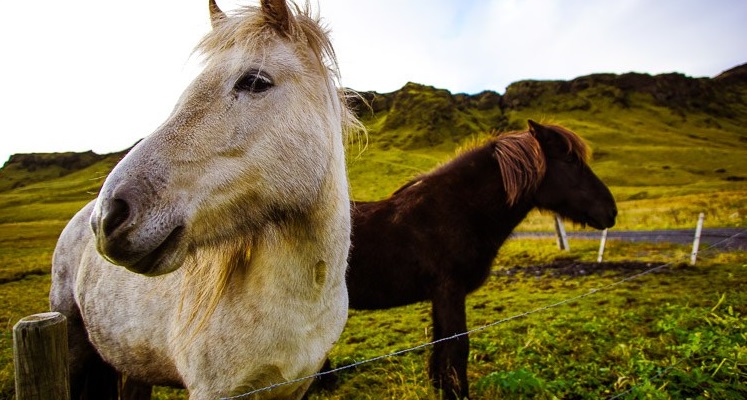 Even though during the autumn season in Iceland, the numbers of animals making an appearance on your travels may have fallen, the sheer beauty is no less. The wilderness of Iceland’s rural countryside remains home to many animals in Iceland between early August and November. While autumn may not be peak wildlife watching time in Iceland, you can still catch some creature highlights on your travels.

Hire a car for your adventures instead of spending a fortune on tours and keep your eyes peeled for the graceful animals that wander the land and glide the waters on your own agenda. Read on to discover some of the best places for wildlife watching in Iceland.

Sheep roundups in the valleys

In the autumn season, roundups also known as a ‘réttir’ of Icelandic sheep are important rural traditions that takes place in Iceland. Farmers on horseback gather the free roaming animals in the valleys to return them back to their farms in preparation for the winter season.

The roundups are well appreciated and are popular amongst locals who often travel to the valleys to join in, communities get together and tourists are welcomed to get involved. You could hire one of our cars to drive to the réttirs to get closer to nature with the wild animals in Iceland’s landscapes and experience the annual tradition amongst countryside lovers.

Horses are considered one of the most majestic and important animals in the Icelandic culture. Like the sheep in the country, the horses are rounded up in the valleys to return to the farms for the Winter. You are more than likely to come across these animals in Iceland during your travels, and they’re certainly not a sight to miss. Make sure to catch a glimpse of these elegant mammals in their beautiful, natural surroundings of the green countryside on your travels.

The opportunity to have a horse-riding tour of Iceland’s lush greens is available all year round due to the robust nature of the horses. Take in the beauty of the views infused with vibrant colours of golds and reds during the autumnal months.

Snaefellsnes peninsula, a region in Iceland with spectacular landscapes, has a horse farm called Lysuholl- this can be the perfect place to find a four-hooved friend and offers the unforgettable chance to go horse riding beneath a volcano along a picturesque beach for a change of scenery.

One of the most reliable locations known to wildlife lovers in Iceland to seal watch is the deepest lake in the country called Jökulsárlón, a well-known habitat for seals. With a maximum depth of 248 metres, the lagoon is filled with glistening icebergs where the playful creatures drift and rotate towards the ocean surrounded by the superb scenery of the arctic.

Entering the autumn months, these animals adapt to the falling temperatures, with a 5cm thick layer of blubber and up to 50% body fat to keep them well insulated in the colder months. It’s recommended you substitute the blubber for additional layers and thick coats as temperatures begin to drop!

Although the lagoon is approximately a five-hour journey from the capital, hire one of our cars for a comfortable ride to a destination that will be worth your drive and be astounded by the stunning views along the way. Be aware that boat tours for Jökulsárlón close from September until late April, but you can still watch the seals from the shore.

During the Autumn season, some whale species, including Humpback whales, are beginning their journey out of Iceland’s waters. Even though it may seem late in the year, it is still possible to catch a sighting of a few of the 23 different species of whales such as; blue whales, beaked whales and orcas that circle Iceland’s waters.

Húsavík is considered the ultimate destination for whale-watchers in the whole of Europe and there are many tours available. Húsavík has been home to 150 years of the graceful giants’ history, surrounded by the beautiful Skjálfandi Bay, you are sure to feel at one with nature. As many whale watching tours shut for the winter months in Iceland, you’ll want to make sure that you fit this in early autumn to avoid disappointment.