Meet the National Animal of Iceland 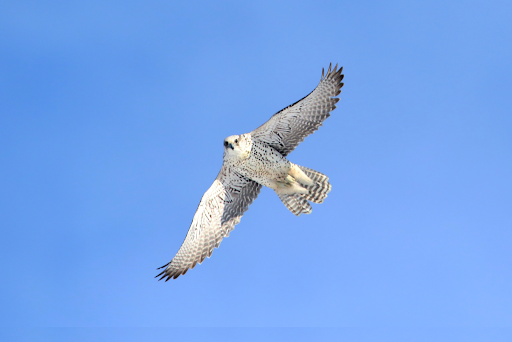 As it’s landscapes and climate is unique, Iceland is home to many fascinating native wildlife, including the Arctic Fox, Dolphins, Puffins, and Seals. But animals in Iceland are not limited to the ground and the icy waters, they also exist in the sky, in the form of the Arctic Tern and other native birds. While many people think of the whales and porpoises when they think of Iceland, they do not wear the crown of the national animal of Iceland. This is in fact worn by the magnificent Gyrfalcon.

The Gyrfalcon is a large, majestic bird of prey and is thought to be the biggest “true” falcon in the world, with a wingspan of up to 135sm or 53 inches. With size comes power, and Iceland’s famous falcon possesses both in equal measure. Prey is snatched from the sky or the ground with great speed and effectiveness by this well-equipped hunter. It represents both strength and freedom, which are both strongly valued in Iceland.

Gyrfalcons have been owned and used to hunt throughout the middle ages in Europe, however exclusively by royalty. It was forbidden for commoners to own this large bird of prey and perhaps as a result, Gyrfalcon’s were valued extremely highly. Falcon’s with snowy complexions were seen as the most elegant and for this reason, Norwegian kings would often gift them to the English in the 12th and 13th centuries. 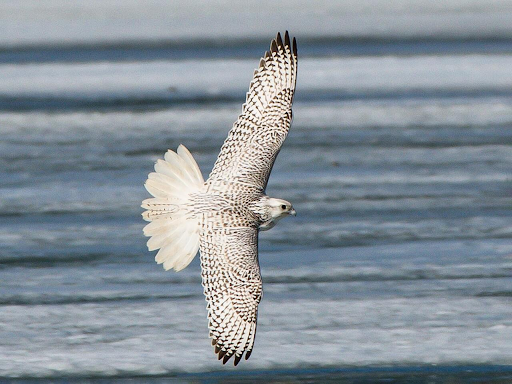 They are found with plumage in a variety of colours - the habitat is found to affect the colouring of these birds, with the lighter coloured Gyrfalcons found more commonly in Greenland. The national animal of Iceland is typically found with darker markings in Iceland, which might come as a surprise to some people searching for the typically snowy falcon on their bird-watching visits.

What does the Gyrfalcon eat?

As a bird of prey, Iceland’s famous national bird is used to having to catch its own meals. In the wild, the Gyrfalcon hunts smaller birds, such as the Ptarmigan, as it’s main prey, however small rodent-like mammals and various types of waterfall also often fall prey to it’s large talons. A powerful hunter, the Gyrfalcon will take a high vantage point to choose their prey before swooping and diving at their target with immense speed and strength. 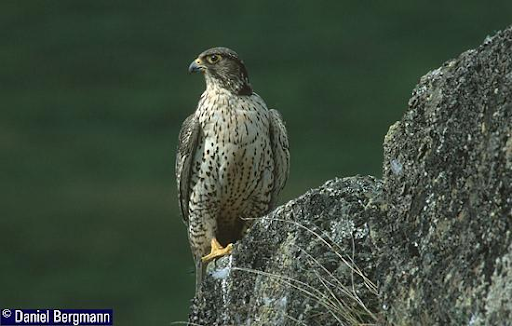 Where is the Gyrfalcon’s Habitat?

For nesting and hunting, Gyrfalcons tend to choose high places, including tall cliff faces and mountainous regions of the country. The population is focussed in the northeast of the country. Lakes, such as Lake Myvatn, make the perfect hunting ground for these powerful birds.

As both the national animal of Iceland and Iceland’s national bird, the Gyrfalcon is fiercely protected throughout the country. Even if you want to grab a quick photograph of the creature, you will need to gain special permission beforehand. To prevent thieves stealing eggs from Gyrfalcon nests, there are motion-sensor cameras to catch potential culprits. While trading these magnificent creatures illegally is still done, the Iceland population of falcons is booming and hit the highest point in 40 years in 2018.

Book your trip to Iceland now with Iceland Car Rental to experience all the native wildlife the magnificent country has to offer.